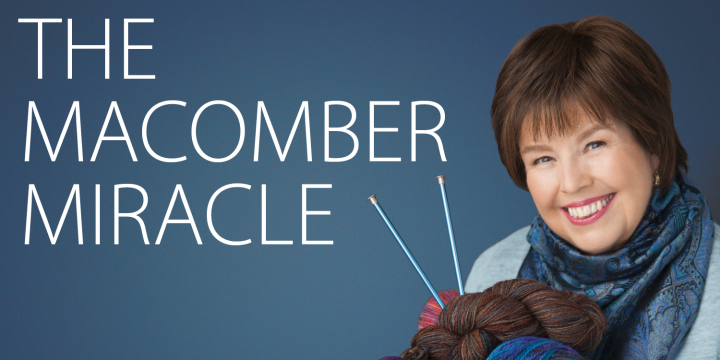 Debbie Macomber’s love of books began in earnest when she received her first book at the age of 4 or 5 from a children’s librarian in her hometown of Yakima, Washington.

“My mom said that when I was handed the book, I grabbed hold of it with both hands and put it right next to my heart,” she told an audience at the National Writers Series. “And from that point forward, I would never go to bed without a book and I’m still that way today.”

It seems a familiar enough story, until you learn that the librarian was Beverly Cleary, beloved author of the Ramona Quimby series and many others. It’s hard not to think of that moment as serendipitous since today Macomber is an award-winning author with more than 200 million copies of her books in print, worldwide.

Macomber is commonly known as “the official storyteller of Christmas” because she has an annual tradition of releasing a book for the holidays; five of those books have been made into Hallmark Channel movies. Her most recent release, A Mrs. Miracle Christmas, is the 2019 offering in that series. The novel finds Laurel and her husband struggling to have a baby while at the same time caring for her aging grandmother when Mrs. Miracle appears at her door and proves to be something of an angel. 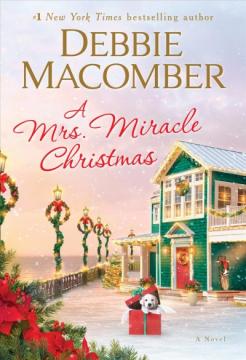 In many ways, Macomber herself is something of a miracle. Due to dyslexia, she didn’t start reading until she was 10 years old. The first person she told of her intention to be a writer was her high school principal. She burst into tears at the relief of admitting her “powerful” dream out loud. The principal sent her home, telling Macomber, “You really need to think of something you can do, Debbie.” After graduating high school, she married, believing it was the only option available to her. Considering herself lucky to have graduated high school, college was not a consideration.

“The principal did live long enough to see my published books,” recalls Macomber with a smile.

Always confident that she was a good storyteller, Macomber used a rented typewriter to work on her first manuscripts while raising four children. After several years enduring rejections, Silhouette Books released Macomber’s first published book, Starlight. She was 35. Starlight became a New York Times best-seller and it would not be her last; in fact, her books have spent more than 1,000 weeks on that respected list.

Enjoy an evening with Debbie Macomber on Friday, January 31, 7:30 p.m. at Orlando Public Library as she reads from her selected works while sharing the inspiration behind her stories. Book signing to follow presentation. Limit 3 books per person. For more information on this speaker, visit prhspeakers.com. Booksale provided by Writer's Block Bookstore.

library after hours
author
books
debbie macomber
Comments and postings by library patrons do not necessarily reflect the official position of OCLS or its staff. All comments and posts are public records. Patrons are strongly encouraged to protect their privacy when commenting or posting on social software tools.
About