A Conversation with Sharon Robinson 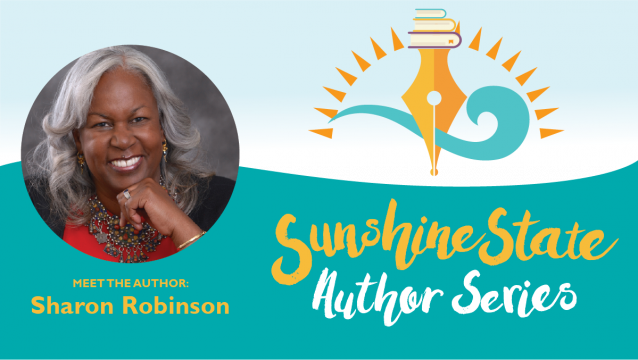 Sharon Robinson is the author of The Hero Two Doors Down, based on a true story about her father, Jackie Robinson, and eight-year old Dodgers fan, Steve Satlow. The Hero Two Doors Down, on the Sunshine State Young Readers Award list for grades 3–5, is a story about baseball, friendship and breaking racial barriers. Robinson is also the author of Under the Same Sun, Testing the Ice, Slam Dunk! and several nonfiction books about baseball legend Jackie Robinson. She is the education consultant for Major League Baseball, managing the character initiative called “Breaking Barriers: In Sports, In Life,” which runs a national essay contest for grades 4–9.

Sarah: When did you first start writing?

Sharon Robinson: As a child, I regularly wrote in my diaries. I also created stories for my dolls. My mother encouraged me to research everything. For example, before we selected a dog, we had to go to the encyclopedia and to the library to study breeds. My college professors praised my storytelling. I did not think about publishing until I became a professor. Research and publishing was a requirement of the job. My first publication was for a midwifery research journal. The second was a chapter in a women’s health textbook.

S: Who do you credit with your love for writing? Who was your reading/writing influence growing up?

SR: I credit my mother for exposing me to all aspects of art. My dad was a great communicator. I grew up watching him write newspaper columns, letters and books. At dinner, we discussed current affairs and the Civil Rights Movement.

SR: I lost my father when I was 22. Writing keeps him close and allows me to share some of my favorite memories with kids.

S: The Hero Two Doors Down is based on the true story of your family’s friendship with the Satlow family in the late 1940s. What was your favorite scene to write in the book?

SR: My favorite scene in The Hero Two Doors Down is really a series of scenes that led up to the moment when Steve finally meets Jackie. I had fun imagining Steve’s anticipation which left him speechless when it finally happened. Through my work with Major League Baseball, I’ve observed many kids meeting their sports hero for the first time. It’s so cool and I had fun writing Steve’s special moment.

S: Which character in the book did you find to be the most fun to write?

SR: I’d have to say Sena. As Steve’s friend, Sena both initiates and responds to Steve’s moods and behavior. 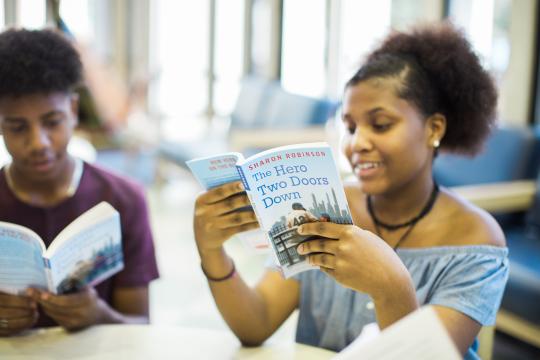 S: What was the most difficult part about writing The Hero Two Doors Down?

SR: The most difficult part about writing The Hero Two Doors Down was the prologue. I wanted a place to look back from and asked Steve for his most difficult teenage experience. I suggested the news that the Brooklyn Dodgers were moving to Los Angeles like most fans, but Steve told me no, it was the day his father died. I was shaken by this news and had two concerns: is this story okay for the younger readers? And, can I really write such a private moment? Steve encouraged me to tell it true, so I did.

S: What was your favorite book as a child?

SR: As a child, I loved the poetry and fun of Dr. Seuss books and the adventure of Nancy Drew.

S: What is your current favorite children’s book?

SR: I love so so many, from Hugo, to Green Eggs and Ham and We Are the Ship; to authors Nikki Grimes, Jacqueline Woodson, Pam Nunez and so on; to illustrators and authors Kadir Nelson, Brian Selznick and E.B. Lewis. My all-time favorite book character is Pippi Longstocking!

S: What advice do you have for the young writers reading this interview? What can they do to improve their writing?

SR: My most important advice to young writers is to be curious and open to new experiences; stay involved in the world around you; and be persistent in your recordings of your own life, thoughts, fears and dreams. Keep journals, learn from your mistakes, write and rewrite then rewrite some more. Have fun with writing and dig deep for details to bring your story to life. Read everything you can get your hands on. Don’t get stuck in one type of genre … or art form!

sunshine state author series
author interview
interview
children's books
books
Comments and postings by library patrons do not necessarily reflect the official position of OCLS or its staff. All comments and posts are public records. Patrons are strongly encouraged to protect their privacy when commenting or posting on social software tools.
About