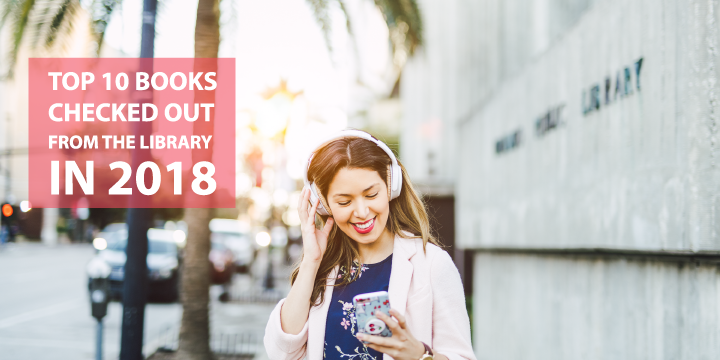 This year was a popular year for fiction at the Orange County Library System. From fiction veterans such as David Baldacci (who spoke at the library earlier this year) to the breakout thriller The Wife Between Us by Greer Hendricks and Sarah Pekkanen, the interests of readers were diverse in style but decidedly committed to the fiction genre. See which books were most-devoured by Orange County readers.

Top E-Book Checkouts on Overdrive in 2018

What book did you read this year that you enjoyed most? Tell us below in the comments.

e-books
adult fiction
adult non-fiction
reading
Comments and postings by library patrons do not necessarily reflect the official position of OCLS or its staff. All comments and posts are public records. Patrons are strongly encouraged to protect their privacy when commenting or posting on social software tools.
About

OCLS
@oclslibrary
Do you ever wonder what it's like working in book publishing? Take a look at what it's like to work as a literary a… https://t.co/ENsDBh56Y6
11 hours 35 min ago

OCLS
@oclslibrary
"Life is real! Life is earnest! And the grave is not its goal." Happy Birthday to poet Henry Wadsworth Longfellow… https://t.co/arebZ5YPRf
14 hours 18 min ago