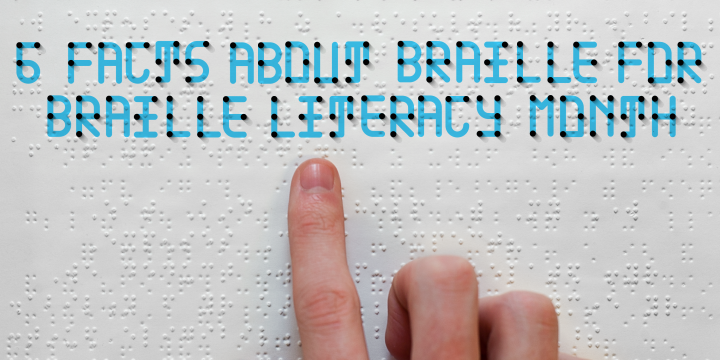 January is Braille Literacy Month, which also honors Louie Braille (born on January 4, 1809), creator of the braille system. Braille created this code system at the age of 12 after an accident left him blind at three-years-old. He discovered a French military code called "night writing" that allowed soldiers to communicate in darkness without having to speak. He used their coding to create his very own version and made it accessible for the blind and reading impaired. This system of reading and writing has been used for hundreds of years all throughout the world, but it is not the first. Here are some facts about the tactile system.

Here are some free resources to help you and your family learn more about braille. OCLS offers an array of assistive services, including LEAP (Library eBook Accessibility Program), which provides braille formats that can be read with computers, assistive reading devices, braille printers, and even MP3 players.

language learning
braille
Braille Literacy Month
literacy
reading
Comments and postings by library patrons do not necessarily reflect the official position of OCLS or its staff. All comments and posts are public records. Patrons are strongly encouraged to protect their privacy when commenting or posting on social software tools.
About