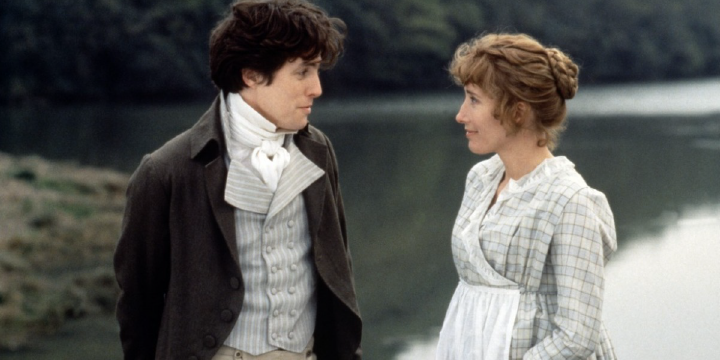 Which book was the first to be adapted to film is the matter of surprising debate and we’ll leave the curious to venture down that internet wormhole on their own. It is a safe bet, though, that from even that first film adaptation in the late 1800s, people were discussing whether the film or the book was better.

We’re pleased to partner with Enzian Theater for their Book to Big Screen program. Read Jane Austen's classic novel, Sense and Sensibility, then see the 1995 film adaptation on the big screen in Enzian’s comfy environment. The screening will be followed by an audience discussion led by professors from Rollins College.

The novel was published anonymous in 1811; where the author’s name would normally appear it simply read: A Lady. The story follows the Dashwood sisters, Elinor and Marianne, as they come of age. Emma Thompson won an Oscar for Best Adapted Screenplay. The film was directed by Ang Lee and the cast includes Thompson, Hugh Grant, Kate Winslet, and the late Alan Rickman.

Visit our catalog to check out “Sense and Sensibility” in print, e-book, or audiobook form (Don’t forget: you can even have it delivered right to your doorstep!). A limited amount of books are available for check out from Community Relations on the 3rd floor of Orlando Public Library. Call 407. 835.7323 for more information.

Are you in? Then let us know you’re coming!

Please note: In order to attend the film and discussion, you must purchase a ticket. More information can be found on the Enzian Theater's website.

book to big screen
film adaptations
book club
enzian theater
rollins college
Comments and postings by library patrons do not necessarily reflect the official position of OCLS or its staff. All comments and posts are public records. Patrons are strongly encouraged to protect their privacy when commenting or posting on social software tools.
About

OCLS
@oclslibrary
Looking for the perfect books for your child's age? Check out this ultimate guide for appropriate titles for books… https://t.co/0fUaFAwZh6
11 hours 5 min ago

OCLS
@oclslibrary
Now adapted into a big-budget Netflix Original series, get in on the ground floor with one of the most critically a… https://t.co/MT8vVnroTo
13 hours 43 min ago