May 21, 2021 | Chris Neumann and Ruben Cortes and Latoya Richards-Mozell 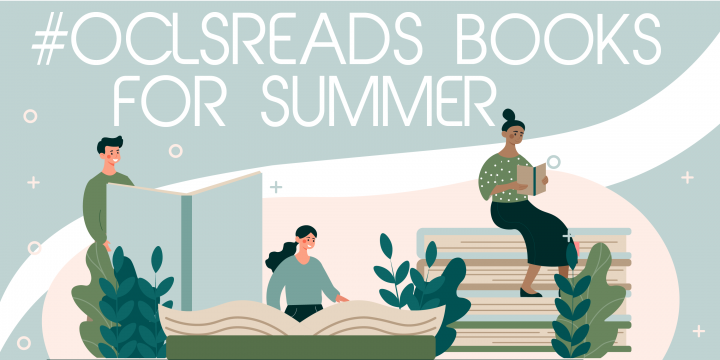 It seemed just a few weeks ago that we were all counting down to say goodbye to 2020 – with hopes that 2021 might be the balm to soothe the scars of a hard year – and here we are staring at a new season on the horizon. 2021 has already had its ups and downs, but it’s safe to say that it has also provided a much greater sense of optimism. More and more Americans are getting vaccinated, employers are preparing to reopen offices and, overall, daily cases continue to decline.

Also contributing to a greater sense of hope and adventure are the dozens of new books released just in time for summer. And, as in years past, our Collection Development Librarians have prepared their list of must-reads. Whether you intend to catch up on your reading goals, need ideas to get yourself out of a reading slump, or want to participate in our Adult Summer Reading program for a chance to win prizes, there’s a wide selection of titles to enjoy.

Most of the suggested titles are available as e-books, digital audiobooks or through the library's books-by-mail service (or all three!), so you can enjoy a new read from the comfort of your home. What are you reading (or planning to read) this summer? Let us know in the comments! 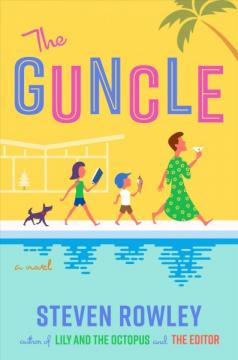 The Guncle: A Novel by Steven Rowley

Patrick has just lost his best friend and sister-in-law. Sara's death leaves his brother a widower and his niece and nephew motherless. When his brother checks himself into rehab, GUP, short for Gay Uncle Patrick, agrees to care for the kids. GUP begins to realize he needs his family as much as they need him during this time. Humorous and heartwarming, a picture of a family in all their hurt and brokenness, being family. 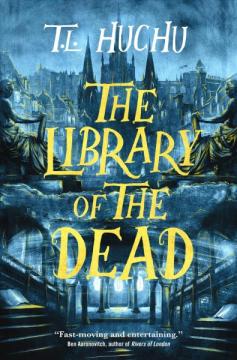 The Library of the Dead by T. L. Huchu

Unlike most teens her age, Ropa isn't working to finish high school. Instead, she spends her days wrangling or chatting up Edinburgh’s ghosts. It’s exhausting, but it pays well. When she is approached by Nicola, a down on her luck spook trying to find her son, Oliver, the real intrigue begins. 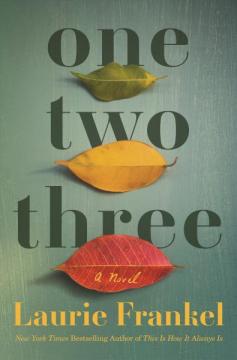 One Two Three: A Novel by Laurie Frankel

Meet Mab, Monday, and Mirabel - the Mitchell triplets. They, like most Bourne residents, suffered the impact when Belsum Chemical’s toxic waste began poisoning the town and its people. Some died, others moved away - the rest were left behind. Things go from bad to worse when the Templetons, Belsum’s infamous owners, move back to Bourne to reopen the family business. 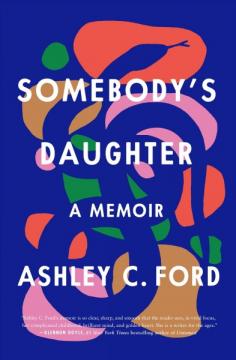 According to fatherhood.gov, 92 percent of the over 800,000 imprisoned parents in the U. S. are fathers. Ashley Ford’s father would have been included in this statistic. How his crimes and subsequent absence from her life shaped her as a poor Black girl is the subject of her raw and courageous memoir. While hers is a single narrative, she contributes a loud voice on behalf of so many women who have grown up fatherless. 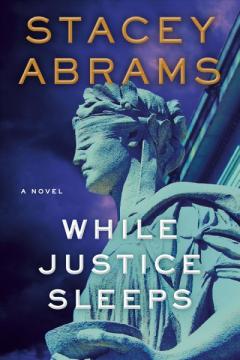 Stacey Abrams ventures into a new territory debuting her first thriller. Avery Keene is clerking for legendary Supreme Court Justice Wynn but she finds herself at the center of a conspiracy theory when the justice falls into a coma. Avery discovers Justice Wynn not only appointed her as his legal guardian but was left with a few clues that might affect an upcoming case. She must figure out what the clues mean before it’s too late. A perfect pick for fans of the TV show Scandal. 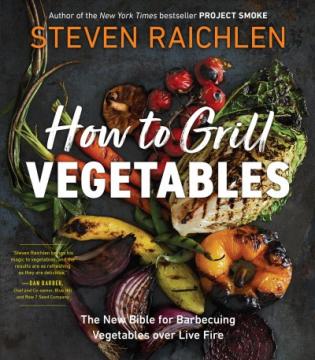 How to Grill Vegetables: The New Bible for Barbecuing Vegetables Over Live Fire by Steven Raichlen

Master griller delivers a mouthwatering cookbook just in time for the summer. The author delivers 115 recipes incorporating every imaginable vegetable. Vegetables shine in the unique collection but this is not a strictly vegetarian or vegan cookbook. The perfect choice for those looking to incorporate for vegetables into their summer BBQs. 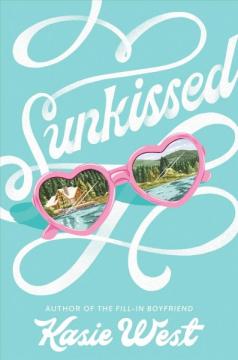 A sweet romance perfect for the summer. Music loving Avery is spending the summer in a remote camp with her family. She starts helping one of the camp counselors writing songs in exchange of getting help breaking out of her shell. But things get complicated when feelings start to develop leading to a summer of adventure and self-discovery. 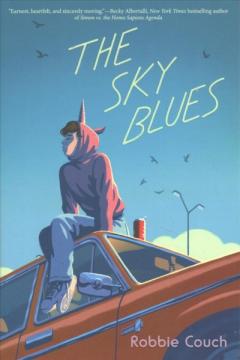 The Sky Blues by Robbie Couch

A debut novel reminiscent of Simon vs. the Homo Sapiens Agenda. Small town openly gay Sky is ready to take chances to make his senior year memorable. Sky plans to ask his crush out to prom at the school’s annual beach bum party. Things don’t go as planned when his plan is leaked to the entire school by a homophobic perpetrator. Will Sky fight move forward with his plan and get the guy or will he let his perpetrator win? 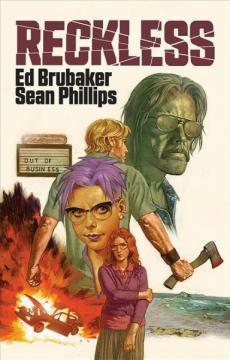 Ethan Reckless isn’t your typical hero. But then again, 1980s Los Angeles isn’t your typical place. Ethan is known in certain circles as a person who can help anyone get out of a bad situation. While it pays well, this line of work also gets Ethan into a lot of trouble. When an old flame resurfaces to ask for his assistance, it’s up to Ethan to finally learn the answer to the question he’s always had trouble with: Can he truly ever trust anyone but himself? Full of the suspense, action and wit that fans of the ultra-talented team of Ed Brubaker and Sean Phillips have come to expect, Reckless is the start of an exhilarating new graphic novel series. This is Summer reading at its best. 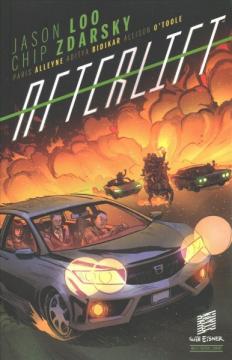 Janice has never been too thrilled about having to make a living as a ride-share driver. When she finds out that she's been hired by a literal demon for a trip to the netherworld, she figures it's probably time to find a new profession. Creators Chip Zdarsky and Jason Loo won an Eisner Award for this mini-series, and it's no surprise as to why. Full of great characters, humorous dialogue, and fantastic art, Afterlift delivers all of the comic book goodness that readers are looking for! 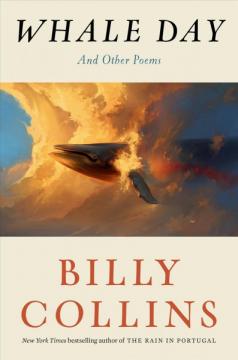 Whale Day: And Other Poems by Billy Collins

Esteemed poet Collins returns with a collection that will bring readers feelings of joy as well as thoughtful introspection for the Summer season. A wide variety of accessible and welcoming poems accompany this newest collection, a perfect starting point for both new readers and established poetry devotees. Whale Day provides yet another example why the former U.S. Poet Laureate has been described as "America's favorite poet." There has never been a better time to get into poetry. Why wait? 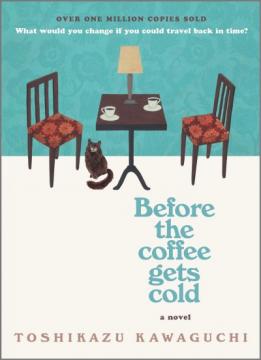 Before the Coffee Gets Cold by Toshikazu Kawaguchi

If you had the chance to reconcile with someone in your past, would you? That is the question that this unique time-travel novel asks both the reader and its charming cast of characters. Though it doesn't advertise it, a small coffee shop hidden away in a back alley of Tokyo offers visitors a chance to have conversations with people from their past. There are a few catches, however. The biggest one being that each time-traveling chat only lasts as long as it takes for a cup of coffee to get cold. Each visitor uses the opportunity in different ways, and some are amusing while others are bittersweet. The excellently crafted Before the Coffee Gets Cold offers a lot to those looking for a quick beach read with a bit of emotional heft.

oclsreads
book recommendations
summer reading program
adult
oclsreads2021
Comments and postings by library patrons do not necessarily reflect the official position of OCLS or its staff. All comments and posts are public records. Patrons are strongly encouraged to protect their privacy when commenting or posting on social software tools.
About