From August 2 through September 20, Hiawassee Branch of Orange County Library System is getting a much needed refresh to better serve the community. Learn more >>

International Year of Peace and Trust: The Dead Are Arising & Let Your Voice Be Heard 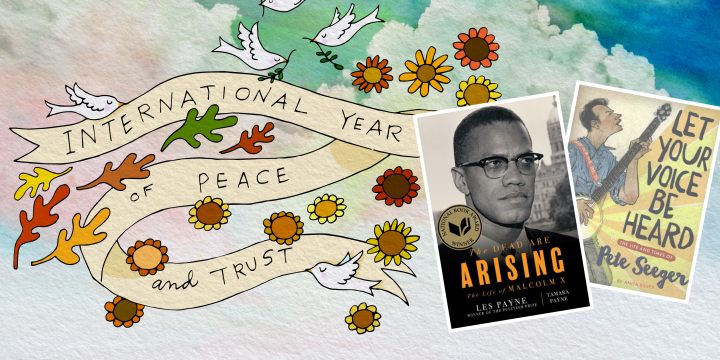 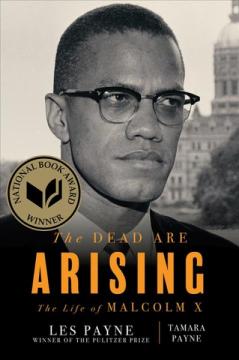 The Dead Are Arising: The Life of Malcolm X by Les Payne & Tamara Payne

NPR’s Gabino Iglesias describes The Dead Are Arising as “the definitive biography of Malcolm X.” Iglesias credits the contextualization the book offers as the reason this biography stands out, even from Malcolm’s own The Autobiography of Malcolm X, co-written with Alex Haley. The book looks at the history of race prior to Malcolm’s birth, the impact of his death, and takes an unflinching look at his life.

Les Payne spent nearly three decades meticulous investigating, as he strove to set the historical record straight and separate fact from fiction. Les unfortunately passed away in 2018 and didn’t see The Dead Are Arising published last year. Tamara, his daughter and primary researcher, completed the biography and gave the book its introduction. 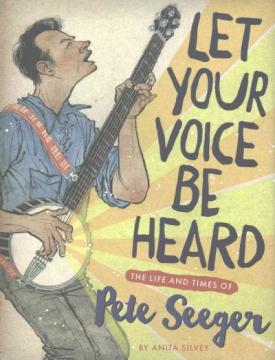 Let Your Voice Be Heard: The Life and Times of Pete Seeger by Anita Silvey

“Pete Seeger was one of my heroes when I was a teenager,” writes Anita Silvey in the afterword of Let Your Voice Be Heard. Her biography tells the story of the iconic folk musician and multiple Grammy winner, who discovered early in life that what he wanted to do was make music.

Seeger’s amazing career as singer, songwriter, and banjo player spanned seven decades and included both low points – being charged with contempt of Congress – and highlights like receiving the Kennedy Center Honor in 1994. An activist and protester, he crusaded for the rights of labor, the rights of people of color and the First Amendment right to let his voice be heard. He also launched the successful campaign to clean up the Hudson River.

This book is recommended for ages 10–12, but will likely be enjoyed by teenagers and adults as well.