International Year of Peace and Trust: Called To Forgive & Resist! 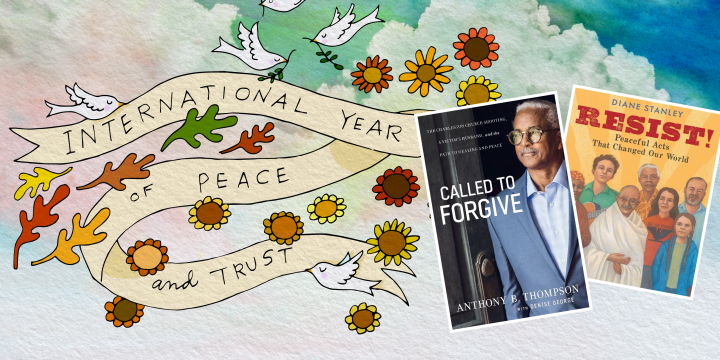 Called to Forgive: The Charleston Church Shooting, a Victim’s Husband, and the Path to Healing and Peace by Anthony B. Thompson with Denise George

Could you forgive the murderer your spouse?

On June 17, 2015, nine Black people were killed during a Bible study at the Emanuel African Methodist Episcopal Church in Charleston, SC. While the murder of his wife devastated Anthony Thompson, he and three other relatives of victims chose to privately and publicly forgive the shooter. Years later, the church and community still struggle to understand the family members’ deliberate choice to forgive the racist murderer. But as Charlestonians have witnessed these incredible acts of forgiveness, something significant has happened to their community. Instead of the anticipated racial riots in the aftermath of the shooting, Black and white leaders and residents united, coming together peaceably and even showing acts of selfless love.

Through this book, Thompson teaches what forgiveness can and should look like in each of our lives – personally, in our communities and even in our nation. 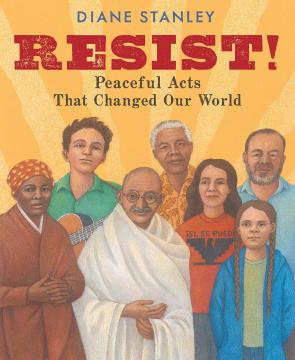 Resist!: Peaceful Acts That Changed Our World by Diane Stanley

This book is intended for a readership of ages 7–10, as with many such books though, Resist! has lessons for all ages. Through poignant illustrations and 21 brief, yet comprehensive, essays, Stanley profiles the history of peaceful protests reaching back to 435 BCE Rome when “plebs simply put down their tools, shut their shops, and left the city” to take a stand against wealthy patricians.

Harriet Tubman’s heroic work with the Underground Railroad, Ryan White bravely embracing his role as an accidental AIDS activist, the powerful work for Chinese artist Ai Weiwei, and the climate activism of young Greta Thunberg are just four examples of the powerful stories in Stanley’s book.

School Library Journal said of Resist!: “A nuanced, inspiring research tool that will empower readers to utilize the power that young people have to create change and promote social justice.”