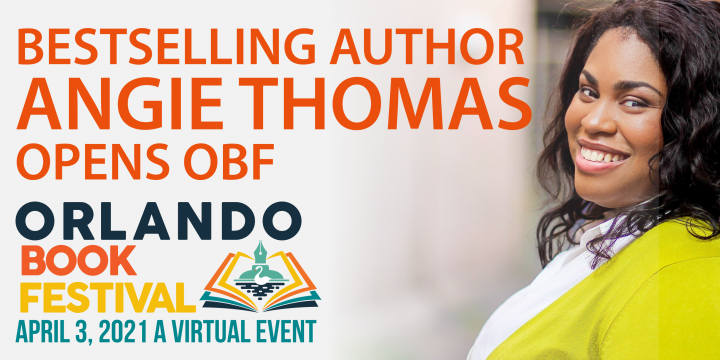 Angie Thomas’s debut novel, The Hate U Give, has been on the New York Times’ bestseller list for over four years straight and was adapted into a critically acclaimed film starring Amandla Stenberg. The book won the American Library Association’s William C. Morris Award, Coretta Scott King Award and the Michael L. Printz Award as well as the Waterstones Children’s Book Prize and the American Bookseller’s Association Indie Award for Best Young Adult Novel. It follows 16-year-old Starr Carter after she is the sole witness to the police shooting of her childhood best friend. Thomas was inspired to write the novel after the shooting death of Oscar Grant in 2009 and a desire to show the human side of stories like Grant’s.

In 2021, Angie Thomas brings us back to the world of Garden Heights with her newest novel Concrete Rose, set 17 years before the events of her first book. This time we follow Starr’s father, 17-year-old Maverick Carter, just as he becomes a father to Starr’s older brother. Thomas told People magazine that she started writing the book after talking to young men like Maverick, “Young men who are trying to still find their way and are often written off and seen as troublemakers or this or that … They have stories and they deserve the opportunity to not just grow, they deserve the opportunities to be seen as someone beyond their circumstances.”

The American Library Association listed The Hate U Give as one of the most-challenged books of the last couple years, but Thomas believes it’s important to continue telling authentic stories where readers can see themselves and their communities accurately reflected. “I want them to see how amazing and wonderful and beautiful they are as they are, when the world tries to tell them they’re either too much or not enough.”

The titles of The Hate U Give and Concrete Rose were both inspired by Tupac Shakur, who Thomas cites as one of her biggest literary influences. Tupac is known as a rapper, but he was also a talented writer and a poet. Thomas, who is known as a writer, was also a rapper in her teenage years. She drew upon that experience for her second book, On the Come Up, about a 16-year-old aspiring rapper coping with the aftermath of the events in The Hate U Give through her music.

On April 3, Angie Thomas will open the Orlando Book Festival at 10 a.m. in conversation with Ayana Gray, author of Beasts of Prey. Registration is required for this chat. We invite you to come out and participate in the conversation by asking questions during the live event.

orlando book festival
angie thomas
the hate u give
concrete rose
on the come up
ayana gray
beasts of prey
Comments and postings by library patrons do not necessarily reflect the official position of OCLS or its staff. All comments and posts are public records. Patrons are strongly encouraged to protect their privacy when commenting or posting on social software tools.
About

OCLS
@oclslibrary
What advice do you get from a librarian? Believe in your shelf! https://t.co/PaONA6gFj7
8 hours 21 min ago

OCLS
@oclslibrary
The Magic Loop technique is a method of knitting in the round on one long circular needle. Teens can practice the M… https://t.co/dsHqTEyuPi
10 hours 37 min ago