The Best Halloween Movies Are Available For Free Home Delivery 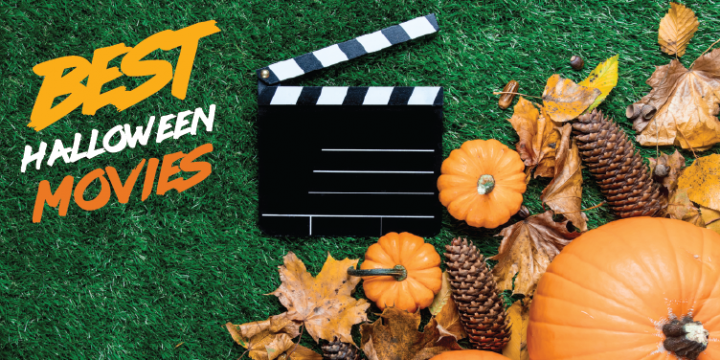 With the Orange County Library System’s DVD Vault and home delivery services, movie night is just a click away. Using just your library card number and pin, you can choose from an inventory of thousands of films brought to your front doorstep entirely for free.

From classics to new releases, and blockbusters to indies, the Vault has options for everyone. But with so many choices making a selection can be hard, so we made a list of some of the best spooky films that you can check out just in time for Halloween.

Describe it in a tweet: Dr. Frankenstein dares to tamper with life and death by creating a human monster but his dreams of perfection are thwarted when the monster becomes an uncontrollable beast.

Also Available: The Bride of Frankenstein, The Wolf Man

Describe it in a tweet: The tortured journey of the devastatingly seductive Transylvanian Prince as he moves from Eastern Europe to 19th century London in search of his reincarnated long-lost love.

Describe it in a tweet: Deep in the Egyptian desert, a handful of adventurers seaching for a long-lost treasure have just unearthed a 3,000 year old legacy of terror

Also Available: The Mummy Returns, The Phantom of the Opera

Describe it in a tweet: A woman on the run from her employer and the law stops at the mysterious Bates motel, and when she goes missing her sister and boyfriend hire an investigator to look into the disappearance.

Describe it in a tweet: One of the most memorable of the giant monster films of the '50s, this sci-fi classic concerns a shapeless, flesh dissolving mass that emerges from a fallen meteor and grows larger with each victim it absorbs.

Describe it in a tweet: A writer and his family are snowbound in a hotel and are haunted by either the hotel itself or the writer's dementia.

Describe it in a tweet: A routine stop on a barren planetoid infests a spaceship with an alien creature which kills off the crew one by one.

Describe it in a tweet: A boy communicates with spirits that don't know they're dead, seeks the help of a disheartened child psychologist.

Describe it in a tweet: Two paranormal investigators work to help a family being terrorized by a dark presence.

Describe it in a tweet: On the evening of the yearly Purge, when all crime is legal for 12 hours, a family within a heavily secured house finds themselves under attack by a group of strangers.

Also Available: You’re Next, The Cabin in the Woods

The Nightmare Before Christmas (1993)

Describe it in a tweet: Jack Skellington, the Pumpkin King, tries to bring the magic of Christmas to Halloween Town and kidnaps Santa in the process.

Tell us about your favorite Halloween movies in the comments below!

DVD vault
halloween
scary movies
horror films
movie history
film recommendations
Comments and postings by library patrons do not necessarily reflect the official position of OCLS or its staff. All comments and posts are public records. Patrons are strongly encouraged to protect their privacy when commenting or posting on social software tools.
About

OCLS
@oclslibrary
Are you ready to craft your way to 52 weeks of gratitude? Grab a deck of cards and enhance your well being by creat… https://t.co/OjZMpJpuIz
41 min 58 sec ago