A Conversation with Jackson Pearce

The Sunshine State Author Series brings top-notch writers of children’s and young adult literature to Orange County for public readings, writing workshops and visits with students to spark interest in reading. Library staff member Stephanie Doane had the privilege of interviewing our final author who will participate in the series, Jackson Pearce. She began writing when she got angry that the school librarian couldn’t tell her of a book that contained a smart girl, horses, baby animals, and magic. Her solution was to write the book herself when she was twelve. She has now published 10 books for children and teens, including Pip Bartlett’s Guide to Magical Creatures which she co-wrote with Maggie Stiefvater, The Double Cross and The Inside Job. She is the author of a series of retold fairytales for teens, including Sisters Red, Sweetly, Fathomless and Cold Spell.

Stephanie Doane: When did you first realize you wanted to be a writer?

Jackson Pearce: When I was very young, I loved animals and thought I wanted to be a veterinarian. Then I realized I mostly wanted to play with animals and not go to school for 10 years, so I started writing about animals. After that, a writer is the only thing I ever considered. I wrote my first book when I was 9 or 10. It was about a little girl who finds a litter of magic kittens and a horse. It wasn't published but I found it empowering to create something out of nothing.

SD: When did you write your first published book?

JP: The first book I tried to publish was written when I was in high school, The Keybearer. It still isn't published. It was rejected over 100 times and it was bad, but it was a great feeling to stick with something that big. The more I write, the better I get. I don't feel like I waste my time when I write, even if the stories aren't published. My first published book was As You Wish in 2009. 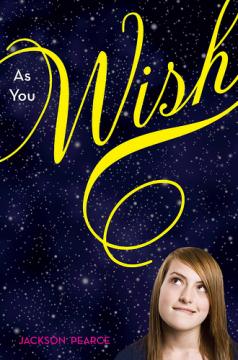 SD: Where do you get your information or ideas for your books?

JP: I like animals, magic and smart girls. Pip Bartlett comes from that part of me. I love spy books so I wrote about a spy. In The Doublecross, the hero, Hale, is a little like me. He isn't athletic and he's a little clumsy, but he is a great spy. As a child, I felt like the black sheep of the family because I thought I was the only one that was creative. Looking back, I realize that my dad was also creative in his own way. Nothing was off limits in his workshop and he encouraged creativity by letting me make whatever I wanted

SD: What are you working on now?

JP: I have a book coming out in 2018 about a young girl who likes pink sparkly stuff, but also likes building things with power tools. She runs a general contracting business out of her treehouse. It's about being proud to be both and bridging the gap between two things that don't appear to go together. Next I'm writing a time-travel comedy set during World War II. 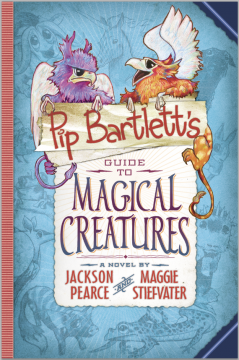 SD: For Pip Bartlett's Guide to Magical Creatures, you collaborated with Maggie Stiefvater, how was that process?

JP: Writing with Maggie was fun. We would each write a chapter or until we were tired. We passed the story back and forth until it was finished. If one of us had an idea that the other didn't like, we would defend our idea. If the other person still wasn't sold on the idea, we would work together to find a different idea. Some of the best parts of the books came out of this process. We both love animal books with charts, especially dog breed charts, and some of the illustrations in the book came from this love.

SD: What is the main thing you want readers to take away from Pip Bartlett's Guide to Magical Creatures?

JP: The fact that everyone has a talent. Sometimes that talent is weird or doesn't seem to have much value, but you should make use of it, not hide it. You are the only one with that gift. No one else is going to do it, so use your special talent proudly.

You can meet Jackson at two library locations in March. Visit our website to find event details and register for these free events!

interview
books
YA books
author
sunshine state author series
Comments and postings by library patrons do not necessarily reflect the official position of OCLS or its staff. All comments and posts are public records. Patrons are strongly encouraged to protect their privacy when commenting or posting on social software tools.
About