The Story of Pride 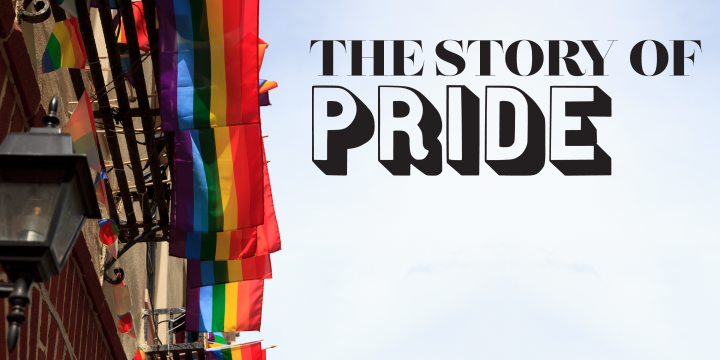 In the early morning hours of June 28, 1969, the Stonewall Inn in the Greenwich Village neighborhood of New York City became the unlikely catalyst for the struggle for LGBT+ rights.

At that time, there were laws against being homosexual which extended to prohibiting the sale of alcohol to homosexuals and dancing with someone of the same gender was illegal. Additionally, archaic laws were often used to arrest people who wore clothes that were not considered of their gender. Stonewall was owned by the Mafia and able to skirt these laws through arrangements with officials. However, members of the LBGT+ community were routinely the target of police harassment and raids. Though myth, memory and mayhem make piecing together the specifics of Stonewall challenging, on June 28, 1969, the bar patrons decided to stand their ground against a police raid.

The resultant riot (or, as it is often referred to, uprising) lasted for five days. Occurring in the context of the civil rights and feminist movements, the rebellious act became a galvanizing force.

In 1970, on the anniversary of the uprising, the first Pride marches occurred in New York City, Los Angeles and Chicago. Organization of the New York City march was haphazard – the parade permit was received two hours before start, for example – to the point that some participants recount it as being impromptu. Still, according to The New York Times, that first march took up the entire street of about 15 city blocks. More cities, including international ones, joined the next year and New York City’s march grew to 51 city blocks.

June gradually became known as Pride month and was officially designated “Gay & Lesbian Pride Month” in the last two years of the Clinton administration (1999–2000). For various reasons, some cities have opted to celebrate Pride in other months as Orlando has. Our celebration was branded Come Out With Pride in 2005 and moved to October to coincide with National Coming Out Day on October 11. Favorable weather is often cited as the impetus for the move, but the growing popularity of Gay Day at Disney, and the subsequent expansion of events surrounding it, made it challenging to compete for attention.

Pride
pride month
LGBTQ
history
stonewall
lgbt rights
Comments and postings by library patrons do not necessarily reflect the official position of OCLS or its staff. All comments and posts are public records. Patrons are strongly encouraged to protect their privacy when commenting or posting on social software tools.
About