Some of the Best Marvel Comics Available for Free with Hoopla

The date is May 3, 2006. I am a junior in high school and as of yet unencumbered by the difficult decisions of adulthood. Yet, for several months I have felt conflicted. Everywhere I look, people are asking me, “whose side are you on?”

As if it was that easy. On one side there was a sense of security; the choice to sacrifice liberty for safety. On the other, self-governance; a willful freedom to act or react within your own discretion. Choosing a side meant betraying one childhood friend in support of another, and for many months that felt too high a price to pay.

As I waited outside for my local comic book shop to open, the jet-black dye in my hair baking in the early summer sun, I tried to weigh the possibilities one last time. But it was too late, the doors to the store swung open and I knew the die had been cast. The decision would be made for me: Marvel Comic’s Civil War was upon us.

Ultimately, the series failed to live up to my lofty expectations. Several publication delays and an exhaustive number of tie-in series left me wholly unconcerned for the ideologies of fictional superheroes. My disappointment culminated in a moment several years later during a convention panel with then Marvel editor-in-chief Joe Quesada. During the Q&A period I made the regrettable decision to stand up and demand he explain why he thought Howard the Duck was a necessary inclusion into the series narrative.

After Civil War, seemingly game-changing event series became annual spectacles. Before the dust had even settled one conflict, we were given World War Hulk. Next came Annihilation, then Siege, then Age of Ultron. The list went on and on. In 2013, Marvel released their latest “seismic-shifting” event, Infinity. This struck me as an apt title given the seemingly endless number of cataclysmic plots and apocalyptic scenarios I had been bombarded with over the last several years. It just became harder and harder to keep track and my interest vanished completely.

For better or worse though, time is back on my side. And during this unprecedented situation, Hoopla is giving customers even wider access to their vast digital comic book collection. So I am taking this opportunity to catch up on more than a decade of events, series, tie-ins and crossovers I have missed, culled from the 732 Marvel titles available for free. During this odyssey of rediscovery, I’ve found some new titles to fall in love with, and some old series worth revisiting. Here are some of my recommendations: 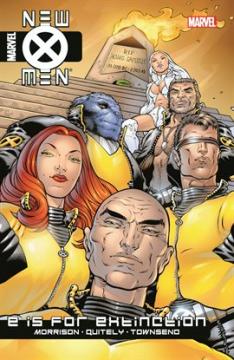 Like the X-Men themselves, the look, feel and overall ethos of X-Men publications have dramatically evolved over its nearly 60-year history. Arguably no evolution was more bizarre or unique than Grant Morrison’s 41-issue, New X-Men series. From the emergence of Cassandra Nova, a bodyless psychic entity that took the form of Professor X’s twin sister, to the introduction of Xorn, a mutant with a miniature star in his head, New X-Men fully embraced the weird.

Astonishing X-Men: This award-winning series by Joss Whedon and Jon Cassaday is a direct continuation of New X-Men and features the same core roster of characters. 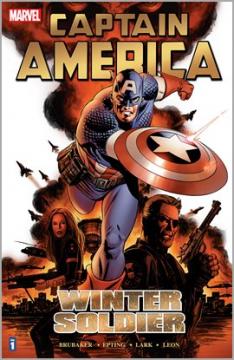 I’ll contend that the first 25 issues of Ed Brubaker’s Captain America series exhibit some of the best superhero comic writing you are ever likely to find. Richly detailed and intricately layered, this series’ high-tension plot unfolds like a masterful spy thriller.

Captain America by Ta-Neishi Coates: Prolific author Ta-Nehisi Coates, tells a unique story of Captain America distrusted and unsanctioned by the nation he swore to defend. 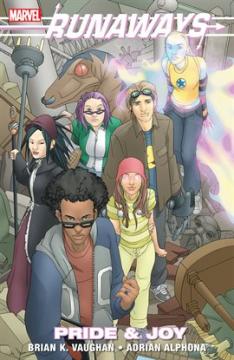 As an immense and generational talent, Brian K. Vaughan has set a new standard for comic book storytelling. And with nearly 20 years of published stories under his belt, there are no shortage of entry points for those unfamiliar with Vaughan’s flair and aptitude. Arguably though, nothing else in is bibliography is quite as charming or unabashedly fun, as Runaways. The series revolves around a group of teenage friends who discover their parents are part of an evil crime syndicate and features a host of cameos from other Marvel stalwarts. 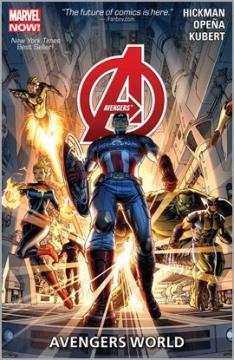 This expansive and heady Avengers series helmed by writer Jonathan Hickman puts the science back in science fiction. Hickman’s epic arc – which culminates in the 2015 event, Secret Wars – spans multiple dimensions across thousands of years. While the sheer breadth of this series can be intimidating, the implications of the story can still be felt in Marvel’s ongoing titles, making it an excellent place to start if you are looking to reorient yourself to the direction of your favorite Marvel characters.

comic book
comics
hoopla
digital
ebooks
Comments and postings by library patrons do not necessarily reflect the official position of OCLS or its staff. All comments and posts are public records. Patrons are strongly encouraged to protect their privacy when commenting or posting on social software tools.
About

OCLS
@oclslibrary
Even though all the cons were canceled this year, you can join fellow anime lovers for trivia, games, discussion an… https://t.co/mz2nynWOJU
3 hours 12 min ago

OCLS
@oclslibrary
Check out these book recommendations based on your favorite Spotify artists. https://t.co/YWLIkHPVyX
5 hours 26 min ago

OCLS
@oclslibrary
Summer classes just beginning or are yours in full swing? Check out our 'Writing a Research Paper' LibGuide for inf… https://t.co/R3720PY6iI
6 hours 50 min ago