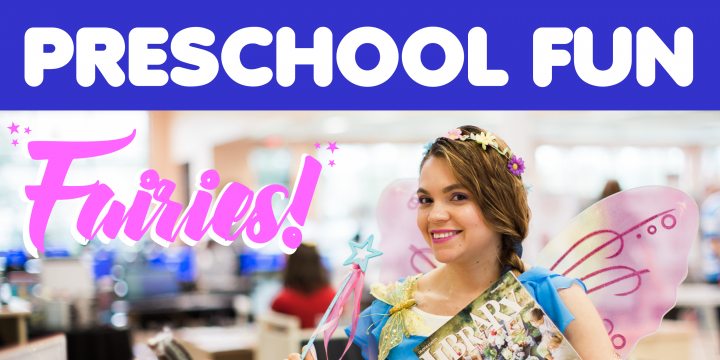 Since we’re continuing to celebrate all types of magical creatures this summer, let’s continue this week with fairies!

Let’s start with some questions: 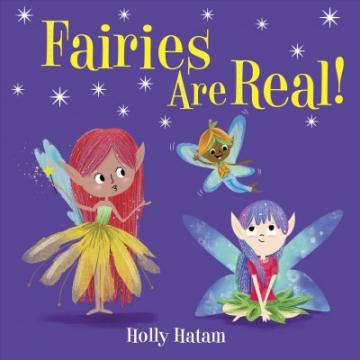 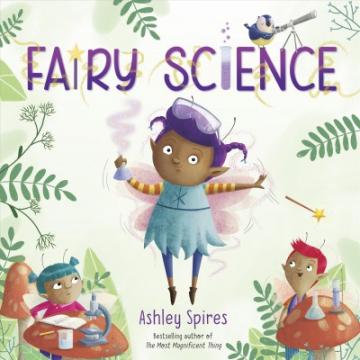 Read any book you may have that mentions fairies. If you don’t have one, try a digital title! Or, you can order a book from the library, such as Fairies Are Real! by Holly Hatam or Fairy Science by Ashley Spires. We’ll also make a fairy book at the end.

Act out this simple rhyme, similar to “teddy bear, teddy bear turn around.”

Fairy, fairy fly to the sky

Fairy, fairy sit back down

Since fairies are very active, this is a great time to play “Fairy Says.” Just like Simon Says, have your child do what you say when you start with “fairy says.” But if you don’t say “fairy says,” they shouldn’t do it. Some examples: 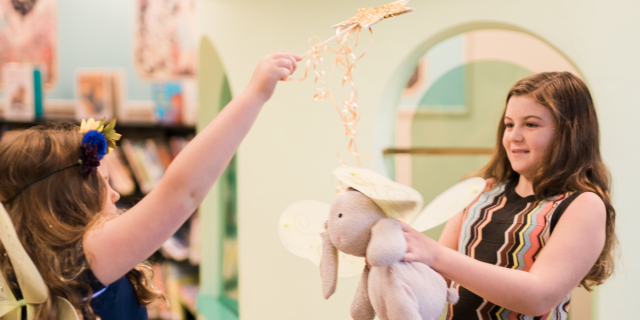 Let’s discuss opposites! Using the nursery rhyme “Two Little Blackbirds,” you can use two toys to act as fairies and figure out what the rhyming opposites with your child. Here are some examples, but feel free to make up your own!

One went low and one went high.

Fly away low, fly away high. Come back low, come back high.

One went fast, one went slow

Fly away fast, fly away slow. Come back fast, come back slow.

Two little fairies flew past a cloud, One was quiet and one was loud.

Fly away quiet, fly away loud. Come back quiet, come back loud. 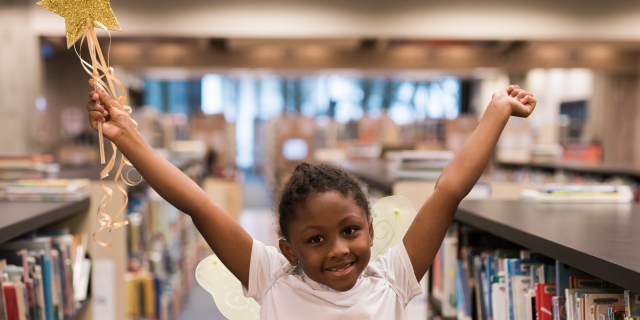 Fairies fly, right? So, let’s make a zip line for a fairy! First, create your fairy (see craft below). Once done, tape about half an inch of a straw onto the fairy’s back. (If you do not have a straw, you can roll up paper very small and use that instead). Now, for the zip line, get a long piece of string/yarn. Tie one end to a doorknob (or anything else you can tie an end to) and hold the other end. Thread the straw through the string until the fairy is at the top / touching the doorknob. While one person holds the fairy up there, the other can hold the string on the ground. Then, let go of the fairy and watch it fly! Try it out many times. Change position of the string – are there other areas around your room where you can tie it? Then, ask questions: Why does the fairy fall to the ground? What happens if the string is flat and not on an incline? Try other toys on it, too! 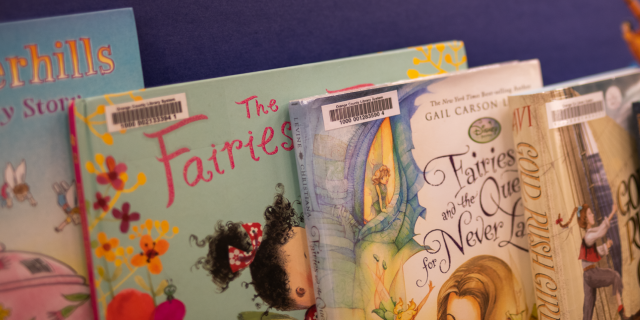 Last, make your own fairy book!

DIY
crafts
preschool
children
family
Comments and postings by library patrons do not necessarily reflect the official position of OCLS or its staff. All comments and posts are public records. Patrons are strongly encouraged to protect their privacy when commenting or posting on social software tools.
About

OCLS
@oclslibrary
If you find yourself busier than usual, you can still maintain your bookish lifestyle without reading books. See ho… https://t.co/zckDWHt3A0
3 hours 14 min ago

OCLS
@oclslibrary
Tonight's Friday Night Flick is 'Jimmy,' based on the bestselling novel by Robert Whitlow. Stream it tonight:… https://t.co/ZeKlwKI64K
6 hours 7 min ago

OCLS
@oclslibrary
Expand your calligraphy skills with Lynda Chandler, calligraphy instructor, as she teaches you how to create and pe… https://t.co/YImK3DAgZZ
8 hours 20 min ago