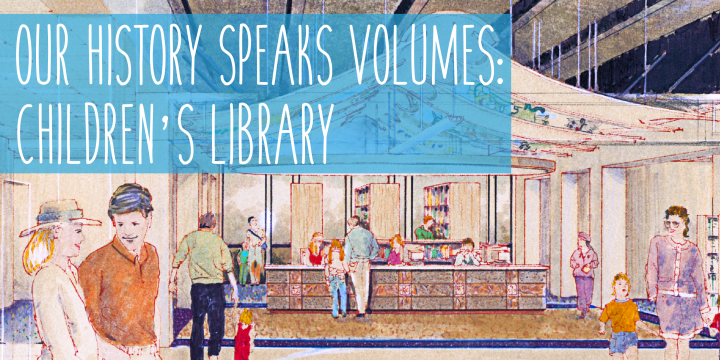 In July of 1998, work began on a project to relocate the Children’s Library from its original location in the basement of Orlando Public Library, to the east wing of the first floor. The move – which was overseen by then Library Director Dorothy Field – was part of a concerted effort to enhance Orange County Library System’s services for children and feature them prominently. 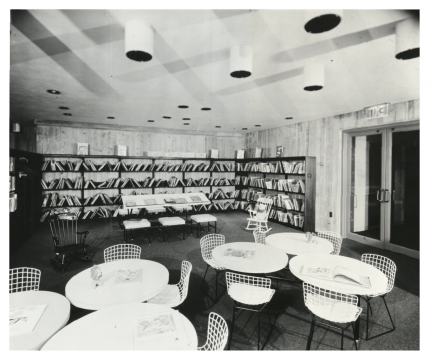 In addition to positioning the Children’s Library in a more visible area of the building, other notable improvements were made including modular rooms and open seating areas for storytimes, events and casual reading. To inspire enthusiasm for the collection, the entrance to the Children’s Library was adorned with floating pages of children’s book illustrations and suspended from the ceiling.

For nearly twenty years, the Children’s Library has kindled the imagination of young readers and engrained in families a love for reading together.

To learn more about the Children’s Library and other notable events in Orange County Library System’s history, visit orlandomemory.info.

our history speaks volumes
children
history
orlando public library
architecture
Comments and postings by library patrons do not necessarily reflect the official position of OCLS or its staff. All comments and posts are public records. Patrons are strongly encouraged to protect their privacy when commenting or posting on social software tools.
About

OCLS
@oclslibrary
Do you have what it takes to win these bookish board games? https://t.co/Whusget8aP
14 hours 48 min ago

OCLS
@oclslibrary
The @NEABigRead kicks off March 28! Read about it in our latest digital edition edition of Books & Beyond, the libr… https://t.co/8pDiSXG1FT
20 hours 7 min ago