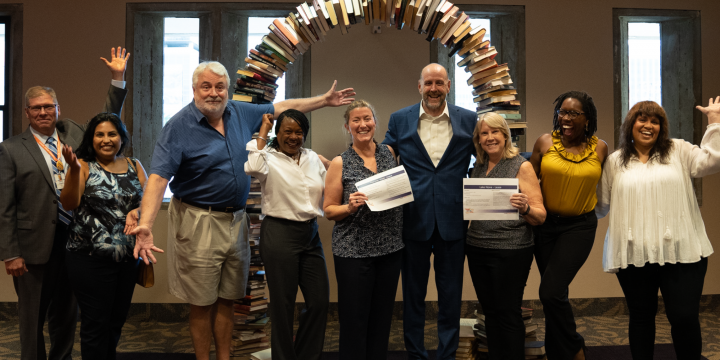 On June 9, the Orange County Library System Board of Trustees approved leases for new library branches in both Lake Nona and Horizon West.

In Horizon West, the library will have a ground lease with Orange County that will allow for the design and construction of a library in the Horizon West Regional Park. The library will design and construct a 20,000 square-foot building and outdoor pavilion that will share parking and outdoor space with recreation and community facilities operated by the county. In Lake Nona, the city of Orlando will design and construct the Lake Nona Branch as part of the new Southeast Government Center to be built on Dowden Road. The facility, which will also feature shared outdoor space and a stage, will be leased to the library upon its completion, with an option to purchase the building at a later date.

“Now that these leases have been approved, we have a clear path forward in both Lake Nona and Horizon West,” said Library Board of Trustees President Crockett Bohannon. “I want to thank the City of Orlando and Orange County for working with us to make it possible to begin work on both branches at the same time. This has been a long road and a lot of hard work, but I’m proud of what we have been able to accomplish. I’m happy to tell the people living in Lake Nona and Horizon West that they have libraries on the way.”

In July 2021, the library announced that it was working with the city and county on a plan to build these branches. The leases signed this week are the culmination of a collaborative effort to work toward a creative solution that would allow the library to fund and construct two branches in the same time frame.

Updates on the Lake Nona and Horizon West branch projects will be posted to the library’s website as they are available.

lake nona
horizon west
library branch
board of trustees
Orange County
city of orlando
Comments and postings by library patrons do not necessarily reflect the official position of OCLS or its staff. All comments and posts are public records. Patrons are strongly encouraged to protect their privacy when commenting or posting on social software tools.
About