Melrose in the Mix: Q&A with Steve Garron 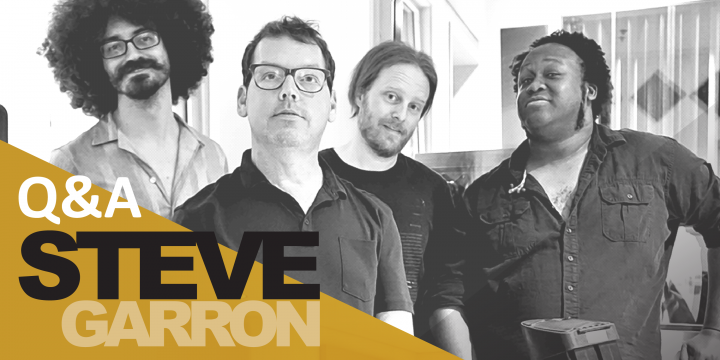 The Melrose Center started 2020 by making one of their popular programs even more accessible. In January, Melrose in the Mix premiered on WUCF TV featuring beloved local musician Terri Binion. Melrose in the Mix is a live recording session and customers are invited to watch, but due to space constraints only about 20 people can attend; the broadcast now broadens that reach. The television version also includes an interview with the artist, giving the viewer a look into the artist’s career and process.

This month’s broadcast will feature Steve Garron on March 19. Steve was kind enough to answer some questions for us, in advance of his television appearance.

Jim Myers: You made your mark in the music community with your first band Precious.  What was unique about your guitar style and songwriting that really shaped the band?

Steve Garron: Hmmm, what was unique to the guitar playing and songwriting that really shaped Precious? Me, I guess?

JM: Who are your key influences as an artist?

SG: Jackson Pollock. Seeing a painting of his in person was the first time I remember being emotionally moved by art. Even as a kid I was like, OK, so this is what great art can do. Hank Williams Sr. always deserves a mention too.

JM: Can you talk about the The Garron-Tees, the band you assembled for the Melrose in the Mix session?

SG: Thank you for asking about the band. We booked this session a year in advance and I had no band, so I got to put together a real wish list. I knew the drummer would be Chris LeBrane and that I wanted Justin Martin on bass. I needed a killer second guitar player for sure so once I saw Wheeler Newman play, the band was set. Wheeler also really helped me flesh out and demo the new songs. We had a couple months of band rehearsals before the Melrose session and we’re still playing together working towards an album.

JM: You have some ties to Orlando Public Library.  What was it like recording in the Melrose Center there?

SG: Being the child of a librarian, it was of interest to see where public libraries were going to fit into the digital world. The Melrose Center seems to be an answer to that. Here’s a hands-on resource of technologies open for patrons to come learn and use, so it was really cool to participate in that and the recording sounds good.

melrose in the mix
interview
music
wucf
Comments and postings by library patrons do not necessarily reflect the official position of OCLS or its staff. All comments and posts are public records. Patrons are strongly encouraged to protect their privacy when commenting or posting on social software tools.
About

OCLS
@oclslibrary
Stream the music from #WandaVision while you do chores or hang around the house: https://t.co/9JvOrXtqP6 https://t.co/BaajhhCJxI
1 hour 33 min ago

OCLS
@oclslibrary
Did you know? In 1950, Hazel Scott became the first African American woman to host her own television show. Read ab… https://t.co/EeBOUN4J3o
5 hours 26 min ago