Lost in the Dream – The Best Books About Rock Music 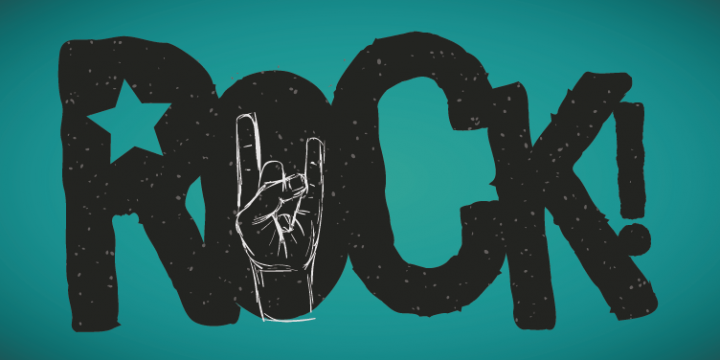 A Visit From The Goon Squad by Jennifer Egan

Punk rockers, pickpockets, and Powerpoint presentations combine in A Visit From the Goon Squad, 2011’s Pulitzer Prize winner for fiction. Author Jennifer Egan uses all her experience as a short story writer to craft the 13 interrelated tales that make up the novel, centered on aging record producer, Benny Salazar. The chapters utilize an array of literary devices and narrative styles in order to convey different perspectives on a man coming to terms with the passage of time (represented in the book as a metaphor by the eponymous Goon Squad). Like the great music that inspired it, A Visit from the Goon Squad’s emotional earnestness comes at you fast, loud, and raw.

Trouble Boys: The True Story of The Replacements by Bob Mehr

“They got as far as they did only because they hungered: for attention, for love, for sanction, for volume, for chaos.”

From their meteoric rise to too-soon dissolution, The Replacements were an alcohol-fueled whirlwind of Midwest angst. In Trouble Boys, the most painstakingly researched and comprehensive rock biographies to come out in the last 20 years, you learn how four kids from the suburbs of Minneapolis so successfully entered their name into the list of rock greats. Sordid details come hard and fast, but the book does an excellent job of cutting through the myth of the band, and lays bare a captivating tale of musicians that put aside a war with each other to create music whose influence can still be felt today.

Love is a Mix Tape by Rob Sheffield

“Nothing connects to the moment like music. I count the music to bring me back, or more precisely, to bring her forward.”

Rob Sheffield rose to prominence as a rock critic for Rolling Stone, contributing articles on everything from which Fleetwood Mac album is the greatest (Rumors), to which song by the Smiths is the worst (Accept Yourself). But it was the release of his first book; Love is a Mix Tape, an autobiographical memoir intimately detailing his relationship with, and untimely death of, his wife Renee, which cemented Sheffield as an author. For a twist on the traditional style seen in memoirs, every chapter of the book begins with a track list of a mix tape Sheffield created for his wife during their abbreviated time together. Every tape is shown to be carefully curated, and Sheffield spends an awful lot of time on tapes that are meant to suggest, “I didn’t spend an awful lot of time on this." But as their lives together progress, and their relationship becomes more serious, so too do the tracks on the tapes. With thoughtful prose and a sincere voice, Love is a Mix Tape proves itself to be a heartfelt tribute to the songs that define us, and a perfect book for anyone who’s never quite known how to express an emotion, but knows the perfect song that would.

Killing Yourself to Live: 85% of a True Story by Chuck Klosterman

"Art and love are the same thing: it's the process of seeing yourself in things that are not you."

Featuring expansive passages on how Radiohead’s Kid A predicted the 9/11 terrorist attack, which KISS member most exemplifies the author’s ex-girlfriends, and why Kurt Cobain’s suicide became a “catchall event for anyone who wanted their adolescence to have depth," Killing Yourself to Live includes all of the cultural navel-gazing and over-expansive rock music ruminations that fans of Chuck Klosterman have come to love. What originally begins as an assignment by Spin Magazine to visit the final resting places of storied musicians, Killing Yourself to Live becomes a much more personal odyssey through our nation’s heartland. Coupled with Klosterman’s rambling style, this road trip across the history of American music makes for a defining look at how rock music shapes our ideas about love, life, youth, and death.

Please Kill Me: The Uncensored Oral History of Punk by Legs McNeil and Gillian McCain

In Fear and Loathing in Las Vegas, Hunter S. Thompson describes being in San Francisco in the mid-1960s as a special time and place—a place where the momentum and energy of the people made it feel as if you were “riding the crest of a high and beautiful wave.” The same could be said of New York in 1977. The idyllic vision of America made famous by hippie culture had given way to the cynicism and disillusionment of poverty-stricken city kids. From this strife came a new form of music that was unapologetically loud, fast, and angry. Punk, as the genre came to be known, and its formation, is lovingly told in Please Kill Me through interviews by more than 100 musicians, photographers, and journalists, who all helped to define the culture. However, Please Kill Me never gives you the feeling of riding a rising tide. In fact the experience seems more akin to being expelled with the rest of the raw sewage from the drainage pipes of CBGB’s—the now infamous club where the bands that shaped Punk first performed.

rock n roll
music
adult non-fiction
Comments and postings by library patrons do not necessarily reflect the official position of OCLS or its staff. All comments and posts are public records. Patrons are strongly encouraged to protect their privacy when commenting or posting on social software tools.
About

OCLS
@oclslibrary
Do you ever wonder what it's like working in book publishing? Take a look at what it's like to work as a literary a… https://t.co/ENsDBh56Y6
12 hours 40 min ago

OCLS
@oclslibrary
"Life is real! Life is earnest! And the grave is not its goal." Happy Birthday to poet Henry Wadsworth Longfellow… https://t.co/arebZ5YPRf
15 hours 23 min ago