An Interview with Jonathan Maberry 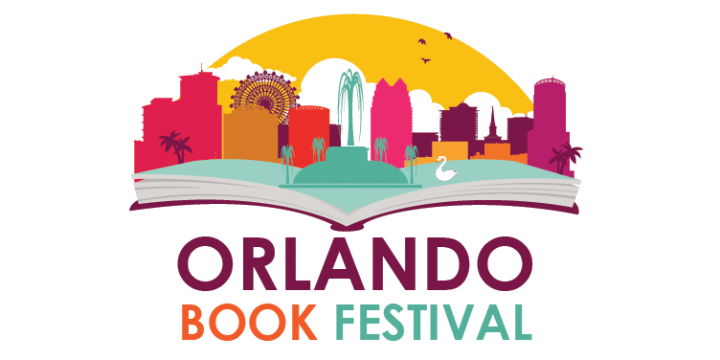 The Orlando Book Festival is a daylong celebration of books at the Orlando Public Library. Our closing keynote speaker will be Jonathan Maberry, New York Times bestseller and five-time Bram Stoker Award-winning author. He is the author of Rot and Ruin, Marvel comics, X-Files novels, Dark Horse comics, and more. Staff member and author Sarah Fisk interviewed him ahead of the Orlando Book Festival.

Sarah Fisk: What are you most looking forward to on your upcoming visit to Orlando and the Orlando Book Festival?

Jonathan Maberry: I love Orlando. Always have. I spent a lot of time in the area over the years, and often go there for vacations. Who wouldn’t? It has everything. As far as the Orlando Book Festival, I’ve heard so many good things about it from my good friend Chuck Wendig and others, including readers who attended. It sounds like my kind of event – people who love books, read books, write books and get books into the hands of people looking for a good tale. And it has librarians. I’ve always considered librarians to be super heroes. They have the power to expand minds and they can transport readers to other worlds.

SF: What is your favorite part of writing books/being an author?

JM: I love every single part of being a writer. Always have, but more so since I switched from writing nonfiction exclusively to writing novels, comics and short stories. I get to play inside my imagination for a living. My job is ‘professional daydreamer’. If there’s a better job description than that I can’t even imagine it. 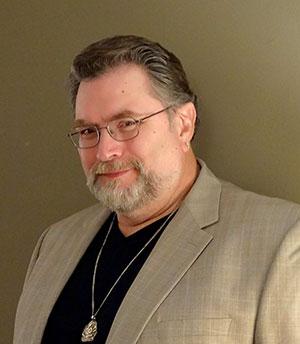 SF: What inspired you to begin writing?

JM: I’m one of those people who was born wanting to write. Before I could even read, I was telling stories with toys. For most of my adult life I wrote part-time, doing feature articles on everything from martial arts to fine dining to skydiving. And I wrote a slew of nonfiction books, including college textbooks for courses I was teaching at Temple University in Philly, where I grew up. Over the years I’ve tried just about every kind of writing, and have published thousands of articles, how-to manuals, greeting cards, plays, training scripts, medical information call-center scripts, manuals for martial arts schools and more. Then in the early 2000s I tried writing a novel – just to see if I’d like it. Turns out I fell in love with that form, and it was also the thing that supercharged my career. My first novel came out in 2006 and I’m currently writing my 32nd and will likely be writing my 33rd by the time of the Book Festival. I’ve been invited to contribute short stories to more than a hundred magazines and anthologies; and in 2008 the editor-in-chief of Marvel Comics called me out of the blue and asked if I wanted to write for them. Which I did. Writing is in my DNA. And ideas are everywhere if you pause to look around.

SF: You write for a lot of properties (X-Files, Black Panther, etc.) How is that different from writing your own books?

JM: There is a lot of give-and-take and interaction when working with an established property. They need to protect the integrity of the brand while at the same time bringing freshness to it that will expand the audience as well as satisfy an existing fan base. I generally only work on licenses for which I’m already a fan. I grew up as a Marvel Comics kid, and I learned about diversity and tolerance through the Black Panther character, so getting to write for that comic was a dream come true. I’ve been a fan of the X-Files since it first aired, so when series creator Chris Carter gave me permission to edit anthologies of original but ‘official’ X-Files stories, I jumped at it. And then I came up with the idea of doing some books exploring the forces at work in the lives of Agents Mulder and Scully, and what propelled them into their careers. So I brought in my friend Kami Garcia and we did a pair of young adult novels – she writing the young Fox Mulder and me doing young Dana Scully. More recently I edited an anthology of stories set in the world of the Aliens movie franchise; and I’ve worked on projects involving Planet of the Apes, The Wizard of Oz, Predator, Sherlock Holmes, Hellboy and more. Three days after the Orlando Book Festival wraps one of my most cherished projects debuts – Nights of the Living Dead, which is an anthology of original short stories set in the world of the very first zombie movie, Night of the Living Dead. And I’m co-editing that with that movie’s writer/director George A. Romero. This is me having more fun than I can describe!

SF: What is the most important book you’ve ever read and why? Alternately: What book first made you realize that words have power?

JM: The most important book I ever read – at least in how it impacted me – was I Am Legend by Richard Matheson. He gave me a signed first edition for Christmas when I was a young teenager. (My middle-school librarian introduced me to him, Ray Bradbury and others!) The book was published in 1954 and is pretty much the template for apocalyptic, post-apocalyptic and dystopian novels that have been published since. It’s also the first time hard science was used to tell a horror story. In previous horror, like Frankenstein, Dr. Jekyll and Mr. Hyde, etc., the science was alluded to but never adequately explained. Matheson went deeper, and that made it so much more plausible and terrifying. The thriller genre as we currently know it would likely be only a shadow of what it’s become had it not been for that book; and sadly the movie adaptations fail to grasp the social commentary layered into the novel, and the entirely miss the point of the ending. My Joe Ledger thrillers, my Dead of Night series, and my Rot & Ruin novels all owe heavy debts to that book. And the first book that taught me that words have power was The Haunting of Hill House by Shirley Jackson. I read that on a librarian’s recommendation when I was eleven and the opening paragraph blew my mind wide open. There is so much implied, so much left to the reader to co-create, so many ways to step into the story. I reread both of those books every single year. 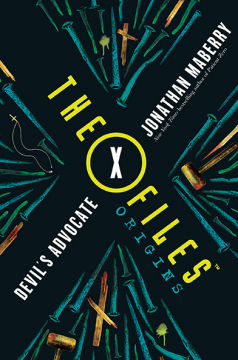 SF: Do you have any writing quirks/superstitions/obsessions?

JM: I’m superstitious. When starting a new project I usually buy some item that ties to a theme in the book. When I was writing X-Files Origins: Devil’s Advocate I bought an action figure of Dana Scully. When I was editing Nights of the Living Dead I got a signed copy of the original script of the movie. When I wrote Rot & Ruin I bought a rubber severed hand. So … yeah. Superstitious. As a result, my office bookshelves are filled with curious that tie to what I’ve written. Makes for conversation pieces.

SF: What is your one essential piece of advice for aspiring writers?

JM: It’s important for writers to finish what they start, and then reward themselves for doing that. Most aspiring writers never finish anything. They become bored, or they get a different idea and move on, or they think (unfairly) that what they’re writing isn’t good – mostly because first drafts are universally clunky, awkward and ugly. The rare few who do finish, should buy themselves a present and celebrate the accomplishment because it really is something to crow about. And then they should read up on the various crafts of writing – pace, voice, tense, figurative and descriptive language, metaphor, dialogue – and then begin the process of refining the raw draft into a polished final draft. And then reward themselves for that, too!

SF: What’s the most interesting thing you’ve ever researched for a book?

JM: I am a total research junkie, and I’ve established a network of experts in a variety of fields. The most interesting thing I researched, though, is how the ‘real world’ might react if there was a zombie plague. I wrote a nonfiction book, Zombie CSU: The Forensics of the Living Dead, and interviewed more than 250 experts in medicine, science, forensics, law enforcement, the military, the clergy, the press, economics and other areas and every single person I talked to had already given the topic some thought. From street cops to EMTs to reporters. Everyone had an opinion and they were all willing to share, to advise and to help me craft that book. That was way too much weird fun.

You’re invited to the third annual Orlando Book Festival! New York Times bestseller Adam Silvera, author of More Happy Than Not and History is All You Left Me, will kick off the day with an opening keynote. Join us for panels, writing workshops, book signings and more from bestselling authors from all over the country. Enjoy a closing keynote address from New York Times bestseller and five-time Bram Stoker Award-winning author, Jonathan Maberry, author of Rot and Ruin, Marvel comics, X-Files novels, Dark Horse comics and more.

interview
author
orlando book festival
writing
Comments and postings by library patrons do not necessarily reflect the official position of OCLS or its staff. All comments and posts are public records. Patrons are strongly encouraged to protect their privacy when commenting or posting on social software tools.
About

OCLS
@oclslibrary
Kids can avoid the zzzzs with stories and songs about the most dreaded time of day: bedtime. 😴 🌙 Register your li… https://t.co/lEzM1zIEcY
7 hours 24 min ago