International Year of Peace and Trust: The Good Neighbor: The Life And Work Of Fred Rogers 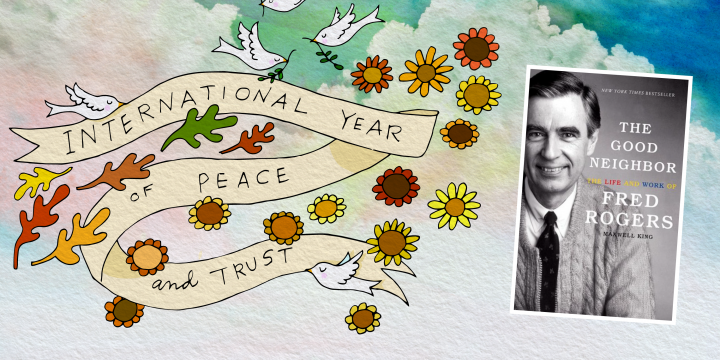 In September of 2019, the United Nations adopted a resolution to designate 2021 as the International Year of Peace & Trust. The UN’s resolution “underlined that the International Year constitutes a means of mobilizing international efforts to promote peace and trust among nations on the basis of political dialogue, mutual understanding and cooperation in order to build sustainable peace, solidarity and harmony.”

In that spirit, we have created a list of reads that are related to the topics of peace and trust. You’ll find that this diverse list touches on an array of topics and a few are intended for younger audiences, but can be enjoyed by all. Each month we will highlight books from this list in the pages of our Books & Beyond magazine. All of the titles we’ve selected are available for checkout through Orange County Library System. 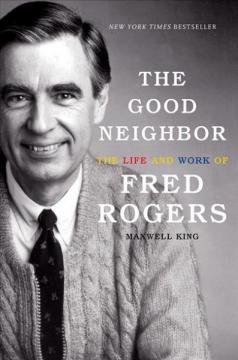 The Good Neighbor: The Life and Work of Fred Rogers by Maxwell King

If you state that Mister Rogers is everybody’s favorite neighbor, you’re unlikely to get much debate. From 1968 to 2001, Fred Rogers’ half-hour educational children’s television show made a positive impact in lives of young ones and on society as a whole. We continue our Peace & Trust book list with The Good Neighbor by Maxwell King; it’s apropos that we highlight this book in this month as March 20 is Fred Rogers’ birthday.

Maxwell King’s biography is considered by many to be the definitive portrait of the beloved icon. Drawing on original interviews, oral histories, and archival documents, Maxwell King traces Rogers’ personal, professional, and artistic life through decades of work, including a surprising decision to walk away from the show to make television for adults, only to return to the neighborhood with increasingly sophisticated episodes, written in collaboration with experts on childhood development.

Mister Rogers made the world a better place through the unlikely medium of television. He helped young audiences face complex issues such as divorce, discipline, mistakes, anger and competition. His approach was subtle, but also radical. In The Good Neighbor, François Clemmons recounts a 1969 episode in which his character, Officer Clemmons, and Mister Rogers put their feet in a wading pool. The scene made a powerful statement against racism without directly addressing the issue.

While generations have every right to claim Rogers as their neighbor, Mister Rogers actually was our neighbor having graduated from Rollins College where he met his wife, Joanne. The two maintained close ties to the school until their deaths, Fred in 2003 and Joanne in January of this year, and had a residence in Winter Park. On his wall hung a photo of a marble tablet sign found on Rollins campus and King documents a time when Rogers referred to it in an interview. The sign reads: Life is for service.

Read to Understand: Peace & Trust is a year-long series in recognition of the International Year of Peace & Trust as designated by the United Nations. 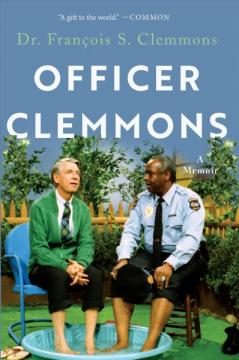 Clemmons made history as the first African American actor to have a recurring role on a children’s television program. Intimately told, this is the story of his life and the affect and influence Mister Rogers had on it. 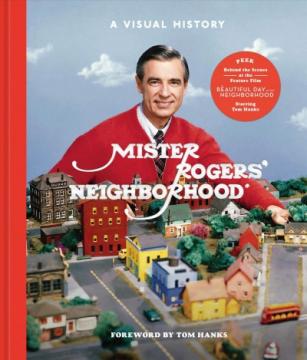 Go behind-the-scenes of Mister Rogers’ Neighborhood with this unprecedented dive into its storied history. This is a visual celebration of the show featuring exclusive photographs; a guide to the characters, puppets and episodes;
and original interviews. 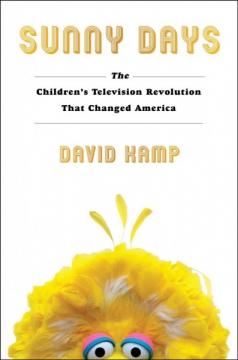 The story of the cultural heroes who created the beloved children’s TV programs Sesame Street, The Electric Company, Mister Rogers’ Neighborhood, Free to Be … You and Me and Schoolhouse Rock! – which transformed American childhood for the better, teaching kids about diversity, the ABCs and feminism through a fun, funky 1970s lens.

OCLS
@oclslibrary
What advice do you get from a librarian? Believe in your shelf! https://t.co/PaONA6gFj7
9 hours 3 min ago

OCLS
@oclslibrary
The Magic Loop technique is a method of knitting in the round on one long circular needle. Teens can practice the M… https://t.co/dsHqTEyuPi
11 hours 19 min ago