Imagine Your (Scary) Story This Summer 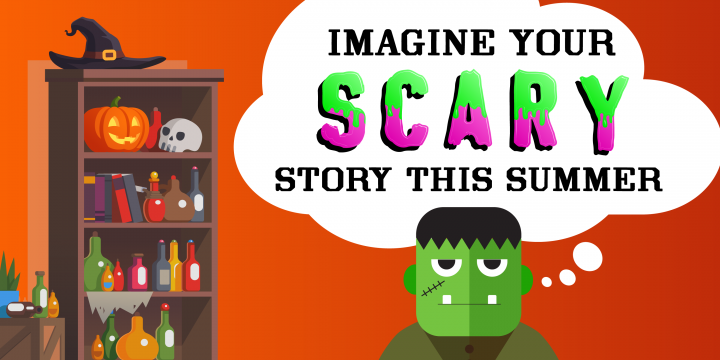 In February 2019, the Horror Writers Association, (a global group of horror writers and publishing professionals), announced its inaugural reading program, Summer Scares, to book lovers and libraries everywhere. The program, now in its second year, is designed to connect libraries with horror creators and to promote the genre as a wonderful option for satisfyingly good reads at any time of year.

Three titles each are chosen by horror experts for adults, young adults and middle grade students. These selections introduce readers to quality horror fiction and open a (looming, ancient, basement) door (leading down a dark and winding staircase) for conversations about the genre with the ultimate goal of encouraging reading for a lifetime. The following list combines all selected titles from 2019 and 2020. 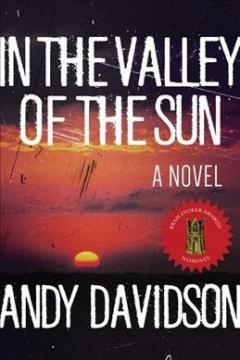 In the Valley of the Sun by Andy Davidson

Motel owner Annabell Gaskin offers a cowboy, Travis Stillwell, the chance to do odd jobs, not realizing that Travis is a killer who has been murdering the women he picks up in West Texas bars. 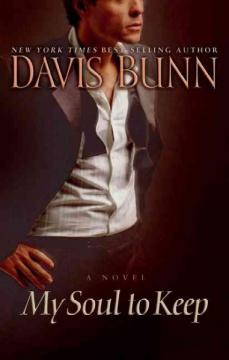 My Soul to Keep by Davis Bunn

Jessica believes she has it all – a loving husband, a wonderful daughter and a rising career as a Miami Herald reporter. David, her husband, is a master of languages, history and jazz music. But unbeknownst to Jessica, he is also 500 years old. He belongs to the house of the Life Blood Brothers, an Ethiopian brotherhood of immortals. 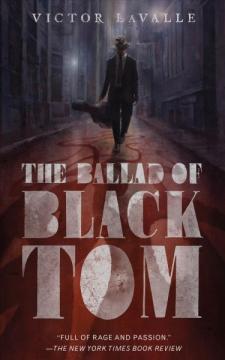 The Ballad of Black Tom by Victor LaValle

People move to New York looking for magic and nothing will convince them it isn't there. Charles Thomas Tester hustles to put food on the table, keep the roof over his father's head, from Harlem to Flushing Meadows to Red Hook. He knows what magic a suit can cast, the invisibility a guitar case can provide, and the curse written on his skin that attracts the eye of wealthy white folks and their cops. But when he delivers an occult tome to a reclusive sorceress in the heart of Queens, Tom opens a door to a deeper realm of magic and earns the attention of things best left sleeping. 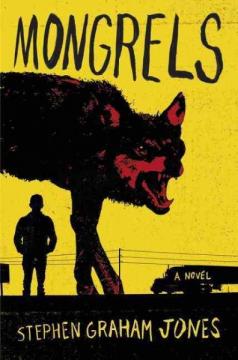 Set in the deep South, Mongrels is a deeply moving, sometimes grisly, and surprisingly funny novel that follows an unnamed narrator as he comes of age under the care of his aunt and uncle who are werewolves. 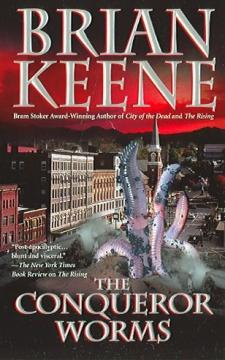 The Conqueror Worms (aka Earthworm Gods) by Brian Keene

As the never-ending rain causes floodwaters to rise, engulfing coastal cities and towns, a new threat from below emerges, devouring everything in its path and placing humankind on the brink of extinction. 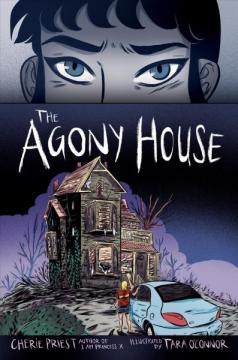 The Agony House by Cherie Priest

In the attic of the old house her mother plans on turning into a bed-and-breakfast, seventeen-year-old Denise finds a mysterious comic book that may hold the answer to why terrifying things are happening in the house. 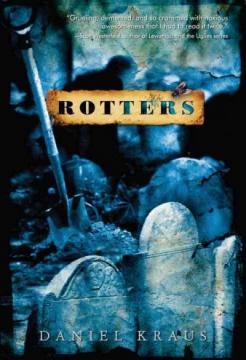 Sixteen-year-old Joey's life takes a very strange turn when his mother's tragic death forces him to move from Chicago to rural Iowa with the father he has never known, and who is the town pariah. 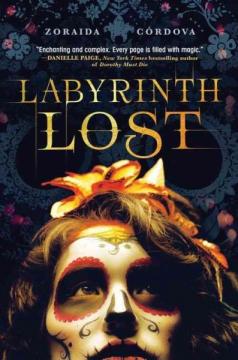 Alex is the most powerful witch in her family, even though she's hated magic ever since it made her father disappear, but when an attempt to rid herself of magic makes her family vanish, she must travel to strange, dark land called Los Lagos to get them. 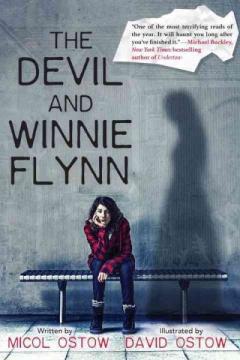 The Devil and Winnie Flynn by Micol Ostow

While working as a production assistant on her aunt's television show about the paranormal, a seventeen-year-old girl discovers a psychic ability of her own, which may provide clues to her mother's death. 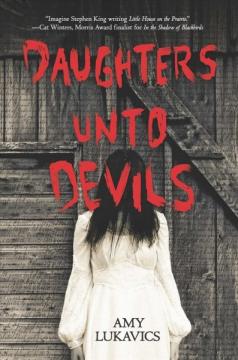 Daughters Unto Devils by Amy Lukavics

When sixteen-year-old Amanda Verner's family decides to move from their small mountain cabin to the vast prairie, she hopes it is her chance for a fresh start. She can leave behind the memory of the past winter; of her sickly ma giving birth to a baby sister who cries endlessly; of the terrifying visions she saw as her sanity began to slip, the victim of cabin fever; and most of all, the memories of the boy she has been secretly meeting with as a distraction from her pain. 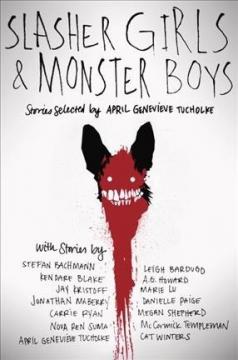 Inspired by classic tales and films, a collection of fourteen short stories ranging from bloody horror, to psychological thrillers, to supernatural creatures, to unsettling, all-too-possible realism, by acclaimed YA authors of every genre. 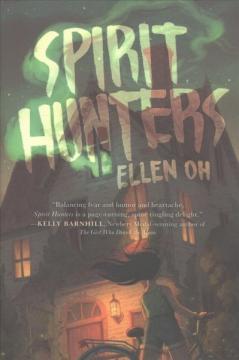 Feeling uncomfortable from the moment she arrives in her new home, Harper is dismayed by local rumors that her house is haunted and that every family that has ever lived there has suffered terrible tragedies, a situation that turns sinister when her cheerful little brother begins acting in alarming ways.

The Jumbies by Tracey Baptiste

Eleven-year-old Corinne must call on her courage and an ancient magic to stop an evil spirit and save her island home. 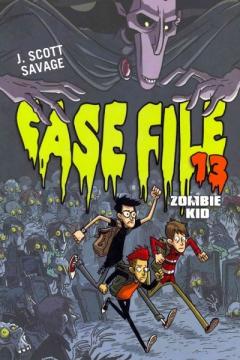 The Halloween plans of monster enthusiasts Nick, Carter, and Angelo are thrown into turmoil when a magical amulet acquired from Nick's voodoo queen aunt turns Nick into a zombie and prompts an uproarious effort to break the curse. 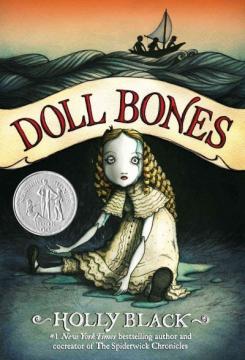 Zach, Alice, and Poppy, friends from a Pennsylvania middle school who have long enjoyed acting out imaginary adventures with dolls and action figures, embark on a real-life quest to Ohio to bury a doll made from the ashes of a dead girl. 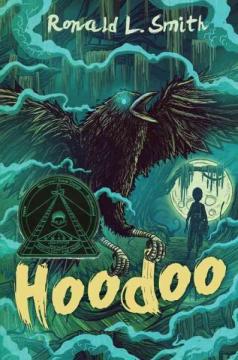 In 1930s Alabama, twelve-year-old Hoodoo Hatcher is the only member of his family who seems unable to practice folk magic, but when a mysterious man called the Stranger puts the entire town at risk from his black magic, Hoodoo must learn to conjure to defeat him. 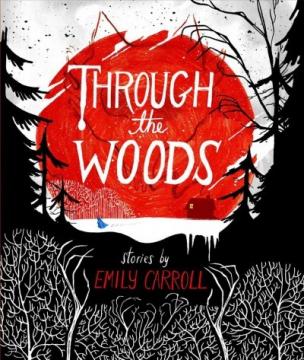 Through The Woods by Emily Carroll

Journey through the woods in this sinister, compellingly spooky graphic novel collection that features four brand-new stories and the webcomic sensation now in print, His Face All Red.

book recommendations
young adult
adult
middle school
horror
scary
books
Comments and postings by library patrons do not necessarily reflect the official position of OCLS or its staff. All comments and posts are public records. Patrons are strongly encouraged to protect their privacy when commenting or posting on social software tools.
About