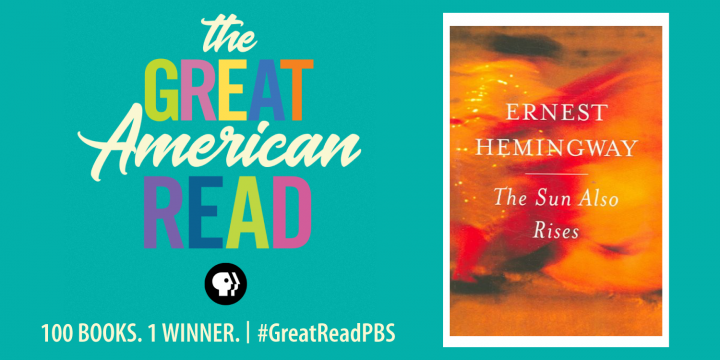 “Robert Cohn was once middleweight boxing champion of Princeton.”

The sentence tells us that Robert Cohn, as a Jew at an Ivy League school, has a tendency to go where he isn’t wanted. Then he makes a great deal of effort to stay there anyway, even as dislike of him and his presence escalates. It encapsulates the style of the book: Hemingway’s “iceberg theory” of writing, in which huge meanings are hinted at by the relatively minor details we’re given. The sentence is grimly funny and ironic, the tone the book strikes in its view of its suffering Lost Generation characters.

And it also tells us that Ernest Hemingway was an unapologetic anti-Semite.

If a book accompanies you through the decades, you find you can measure your own changes and those of the world around you by it. In my youth, the anti-Semitism of The Sun Also Rises didn’t seem to have much relevance to me, or to matter that much: surely a stake had been put through the heart of that issue, I thought, and Robert Cohn is such a well-drawn and rounded character that it was easy to lose him in the crowd.

But I felt a lot different re-reading it now, in these uglier times that echo the ugly decade that followed the book’s publication in 1926. The characters say “kike” and “nigger” and “faggot” and each time I see those words now, it feels like a hard slap across the face. This ugly bigotry gets in the way, not just on its own nasty terms, but because it reminds me of the worst aspects of Hemingway. For all his “big” reputation, as a Big Writer who wrote about Big Themes, he seems a small man at his core: prone to nasty little feuds and snide vendettas, obsessed about proving his masculinity over and over, and doing so by compulsively trying to dominate women, animals and nature itself. Racism, misogyny, homophobia, anti-Semitism – all the other semi-casual hatreds that boil down to feeling so shitty about yourself that you have to create a hierarchy in which you’re above enough other “weaker” people that your pain goes away a little.

So why do I still love this book? It’s the iceberg theory. The craft and skill behind Hemingway’s technique is breathtaking at times. I think of one moment in the book, when Brett Ashley and Jake Barnes are in a bar. She, a 35-year-old, has just broken off an affair with a 19-year-old bullfighter; he, as her would-be lover (a war injury has left him impotent), is quietly furious and heartbroken but stuffing it down. Their love for each other, but inability to consummate it, hums in the background like the drone of warplanes in a battle zone.

The bartender sets down two martinis, and Brett sips from hers without lifting it from the bartop.

Reading between the lines, it’s clear that in response to his needling, Brett has downed her martini in one angry gulp. Aside from the technique here, I love the glorious panache of her “would you buy a lady a drink?” as if she’s finally grown impatient of his lack of manners. Brett is a great character: witty, self-aware, in love with Jake and apparently sleeping with half of Europe because she can’t have him. Her discontent, sudden shifts and sharp edges make her very appealing, and since we know nothing about her appearance except that the men in the story keep saying she’s “a damn fine looking woman,” we’re free to fill in the blanks, which is what I did when I first read the book at 19.

That’s why the iceberg theory works so well: because information is withheld from us, and so we move toward it. If you’ve ever played a simple game like peekaboo with a baby, you know that look of delight when they put two and two together. We figure out what’s going on, and we feel smarter. This style of writing is a kind of journalistic impressionism rather than a careful laying out, or laying on, of details. In its era, The Sun Also Rises was a clean break with the past, a new direction in which the radical deconstruction of traditional forms announced that the old ways weren’t working anymore. A clearing away of heavy, cluttered Victorian bric-a-brac in favor of the clean lines of Art Deco. It was to the literary world what Barrymore’s Hamlet was to theater, or jazz was to popular music, or Picasso’s work was to the art world.

And yet. In her recent standup special Nanette, the Australian comedian Hannah Gadsby takes a blowtorch to Picasso, wondering why his having invented Cubism excuses him from his misogyny, his objectification of women or his taking of a 17-year-old mistress when he was 45. She accuses him and his white male hetero peers of treating women “like vases for their dick flowers,” and says, scathingly, that Cubism was just Picasso putting “a kaleidoscope filter on his penis.” Mangled though it is, Jake’s penis is essentially the focus of The Sun Also Rises, and his inability to use it causes all the heavy drinking and existential despair that the novel sketches so memorably.

But to be blunt, there are lots of ways a man can make a woman happy without an erection. Only they’re not to be found in this hyper-masculine world in which outdoor activities, blood sport and copious amounts of alcohol take the place of openly talking about feelings, and vulnerability is expressed mainly through refusing to admit vulnerability. I loved this novel when I was a boy, indifferent to the injustices around me and obsessed as boys will be. Maybe the personal life and views of the artist have no place in a discussion of the art. Maybe Hemingway’s straight white male privilege is only a matter of historical interest, and can’t hurt anyone now. Isn’t it pretty to think so?